Moving Production from China Has Never Been More Important

If you feel like your company is stuck manufacturing in China, you’re not alone. Companies have been talking about moving out of the country for years, but until recently, few followed through on such a change. Why? From what we have seen, C-suites tend to share the same few common roadblocks that hinder pulling the trigger. 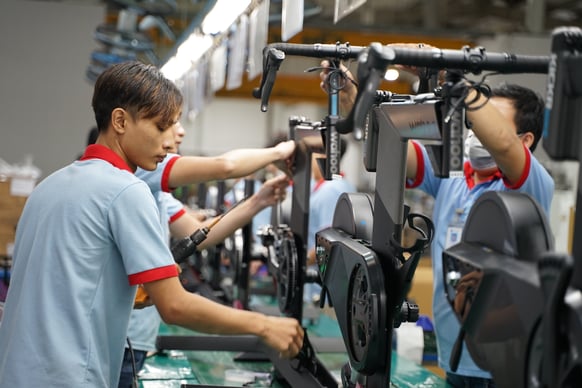 EXCUSE #1: Moving Out of China is Costly

Counterpoint: Diversifying a portion of your supply chain will not ruin your bottom line

Let’s face it, companies stay in China because we have become addicted to the price. China’s manufacturing sector has been on the rise since the 1980s, finally surpassing the U.S. in 2010 to become “The World’s Factory” it is today. A combination of low labor rates, a focus on its business ecosystem, favorable taxes and duties, and not to mention a labor force with a work ethic that never seems to quit proved a successful recipe for skyrocketing industrial success. The global economy centers around money, and why would you agree to make 10 products in an hour in the U.S. for $5 a piece when a factory in China can make double the amount for half the cost in the same amount of time?

But it’s not 2010 anymore. Wages have risen significantly since then, steep tariffs have been implemented on imports into the U.S., and we’ve seen the downfalls to relying on transportation from a country thousands of miles away have started to dull the shiny allure of doing business solely in China. Based on our experience, there are three options:

It may be impossible to move your entire supply chain, but you’d be surprised to know shifting even 20% out of China won’t ruin your bottom line. In fact, it could increase your total spend by only 4%, and you’ll reduce your supply chain risk in the process.

EXCUSE #2: Change to your supplier base is time-consuming

Counterpoint: You can make the change on your own now, or life will force you to change later.

Unfortunately, you cannot pay 3 of your college buddies with pizza and beer to pack up your entire production and move it across borders in the back of their pickups over the weekend. In our industry, getting up and running in a new factory doesn’t happen overnight. We’re talking approximately 12 months, and the time required is not a project most companies want to spend their time executing. But in life, you either pay the gym fees now or pay the surgeon later.

The 2011 tsunami in Japan lasted 6 minutes. A pandemic crushed the entire globe for years within 3 months. The 2021 deep freeze in Texas took 3 days to take 75% of the U.S.’s ethylene capacity offline. These events took the world by surprise and devastated supply chains for months to years. And we simply cannot ignore the geopolitical elephant in the room. As Russia continues to invade Ukraine, the world’s eyes are on tensions between China and Taiwan. While the impact of Russia’s war has been relatively minimal, similar actions between China and Taiwan would be crippling for countless industries.

The point is, as talented as you are, fortune-telling is not a skill you possess. Consider which sounds less stressful: spending 12 months diversifying now when your current supply chain is still operational, or waiting until the entire world is blindsided by another catastrophic event and left scrambling for a year to get production ramped in another country. You can be proactive and diversify now, or life will force the change later.

So, what are you going to choose today?

If options 2 or 3 sound reasonable, we might be able to help.