Once the decision has been made to manufacture outside of the United States, the next major question that needs to be answered is: if not here, where? China has long since been the default answer for many companies, but with increased tariffs, rising labor rates and lengthy transit time, some are considering nearshore as their first choice and for good reason. As far as brand awareness is concerned, Mexico seems to be the front runner, but we’d argue that Costa Rica is poising itself to take the title in the next few years.

SIMPLY CURIOUS ABOUT WHAT WE OFFER IN COSTA RICA? DOWNLOAD THIS GUIDE TO LEARN ABOUT EAST WEST'S NEARSHORE ELECTRONICS CAPABILITIES

We have some fast facts below for you showcasing why this friendly little country in Central America may be the answer to your manufacturing dilemmas.

While they may currently be known more for their coffee and pineapples, mark our words; Costa Rica is the next big player in the nearshore advanced manufacturing game.

With so much to offer, you may now be curious if this is the right choice for your company. We’ve put together the flow chart below to help you decide if this is an option worth exploring in more detail. 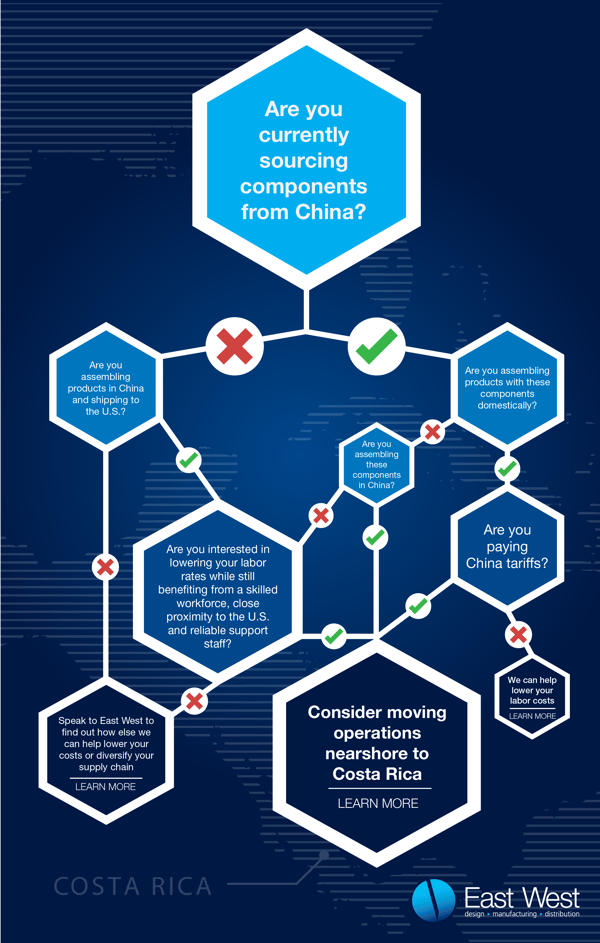