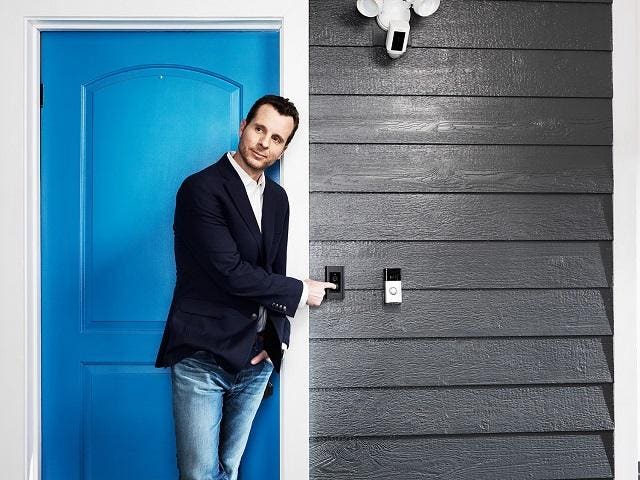 In 2013, Jamie Siminoff failed, in front of 6.48 million viewers, to secure an investment on ABC’s Shark Tank for his startup, DoorBot, whose first product was a doorbell containing a motion-activated smart sensor tied to a camera that would send video to the user’s smartphone. Five years and a rebrand later, Siminoff would sell his company, now known as “Ring,” to Amazon for a reported $1 billion and later return to the show as a guest shark.

Though “smart” products can now be found in many homes worldwide, with 40.3% of digital households containing five or more connected devices, at the time Siminoff stood in front of the sharks asking for $700,000, the idea of using smart sensors in this way was still fresh.

But let’s back up a moment.

WHAT EXACTLY IS A SMART SENSOR?

Well, it’s a fairly broad sweeping term used to describe a component embedded into a device whose job it is to detect one or more predetermined aspects of the local environment and send the data via a built-in means of communication to some centralized platform such as the cloud.

So, in our Ring example, the product contains a sensor that detects nearby motion which triggers the camera, then communicates that information via wifi to the user’s smartphone.

Essentially, a product could use a sensor to measure any type of environmental condition you want, with motion being just one. These aren’t new, either. Sensors have been utilized long before the days of IoT. You know how when your gas tank gets low and this little light comes on that you ignore for the next 30 miles for no reason other than you like a sense of danger? That light was triggered by a sensor built into your gas tank that measures the level of fuel and then communicates the information to the car’s computer, signaling an alert that you need to refuel soon.

Although the idea has been around for some time, the explosion of connected devices and IoT over the past few years has pushed this technology to evolve at an unprecedented pace. If we’re looking simply at connected devices, some of the most prevalent types of smart sensors fall into the following categories:

TYPES OF SMART SENSORS
(via Deloitte)

ELECTRICAL
Identifies and examines changes or disruptions in electrical or magnetic signals based upon environmental inputs or conditions. This can include voltage, current or power.

WHAT MAKES UP A SMART SENSOR?

Essentially, an IoT sensor is comprised of the sensor, a microprocessor, a communications capability such as RFID or Bluetooth and a power source. In the past, these components were all separate. Now, however, the configuration of these pieces has evolved to become more streamlined. Communications chips include integrated microprocessors which have allowed these sensors to downsize.

From an engineering perspective, the hardware and basic software are fairly simple. However, East West's Vice President of Engineering, Adam Sanderson, cautions companies that just because they can incorporate all kinds of sensors into their products, doesn't necessarily mean they should. First, he suggests companies analyze their value proposition.

"Companies need to figure out what their customer wants or needs. How valuable is the data you'll be collecting and will people be willing to pay for it?" says Sanderson.

As we see the adaptation of smart sensors into more industries and consumer products, we are able to reap the benefits of living smarter, cleaner, healthier and safer lives. From the invention of a bra that could detect early-onset breast cancer by sensing thermal abnormalities to increased visibility and safety in agriculture by being able to detect environmental conditions that could cause unexpected spoilage.

However, with all of these innovations creating a constantly connected world, the risk of digital vulnerability and cyber attacks is also increasing. In our next blog post, we will dig further into what many, including Sanderson, say is the biggest challenge with smart sensors and IoT - security.